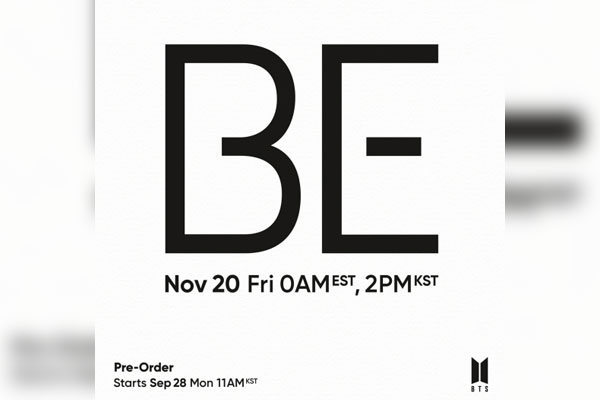 BTS will be releasing a new album next month.

Titled “BE (Deluxe Edition)”, the album will be released on Nov. 20. The group’s agency said the album has been carefully crafted by the members without revealing too much information.

The album is the group's second album this year following “MAP OF THE SOUL: 7”.