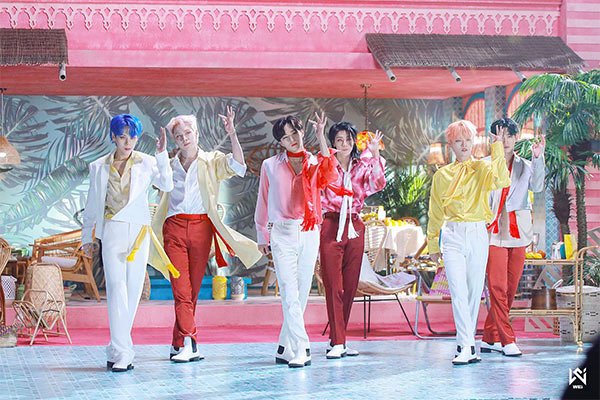 K-pop boy band Wei has made a comeback with an upbeat summer album.

The group’s third EP, “Identity: Action,” was released June 9 and is fronted by the lead track “Bye Bye Bye.” The album is the final album for the group’s “Identity” series and includes four additional tracks.

Although WEi is a relatively new group which debuted in October 2020, the public may be familiar with all six members as they took part in various audition programs such as “Produce X 101” or were part of other K-pop acts.