‘Crash Landing on You’ to be remade into musical 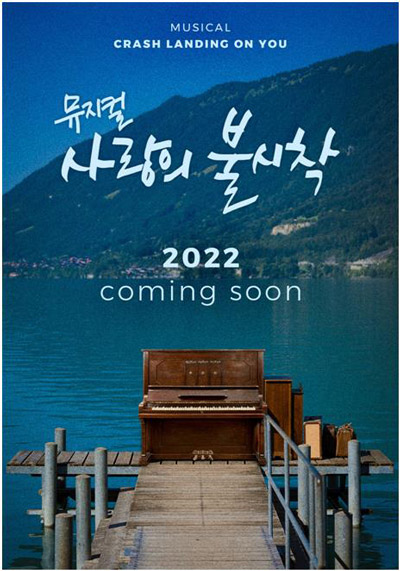 The smash-hit romantic comedy “Crash Landing on You” (2019) starring Hyun Bin and Son Ye-jin will be remade into a homegrown musical.

The popular TV series which aired simultaneously on cable TV and through the OTT giant Netflix became one of the most popular Korean TV series in recent years. The series topped the most-viewed Netflix charts in many Asian regions, including Japan.

The story is about star-crossed lovers from the two Koreas. Details of the musical production, including casting for the lead roles, have yet to be disclosed.