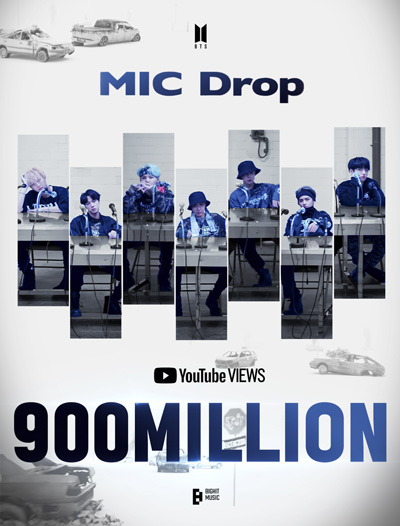 Another music video for the globally popular group BTS has recorded over 900 million views.