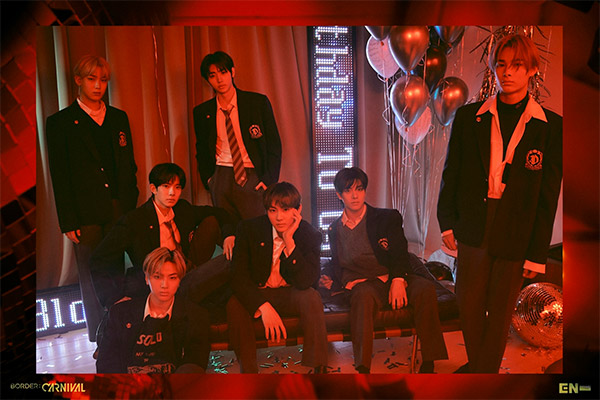 Enhypen will release its 2nd EP later this month.

“Border: Carnival” is slated for release on April 26. It will be the group’s first album in five months since coming out with their debut album “Border: Day One.”

The new EP contains six tracks including “Drunk-Dazed” which was written by Bang Sihyuk and Wonderkid. Bang is the head of Hybe, the label for BTS and parent company of the band’s agency, Belief Lab.