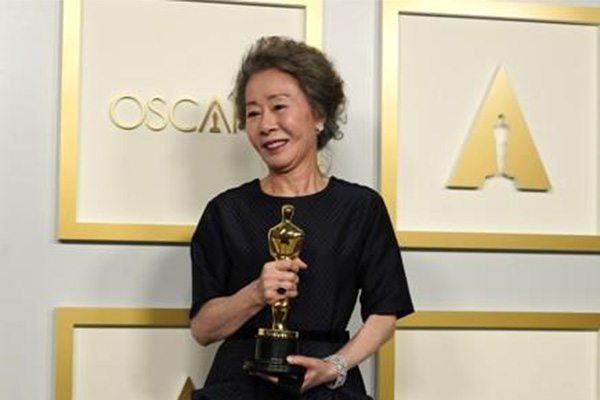 The award was for her performance in the film “Minari,” dealing with an immigrant family. Youn is the first South Korean to win an acting Oscar. Last year’s best picture winner, “Parasite” had six nominations overall, but no acting nominees.