BTS reunites with Coldplay in NY 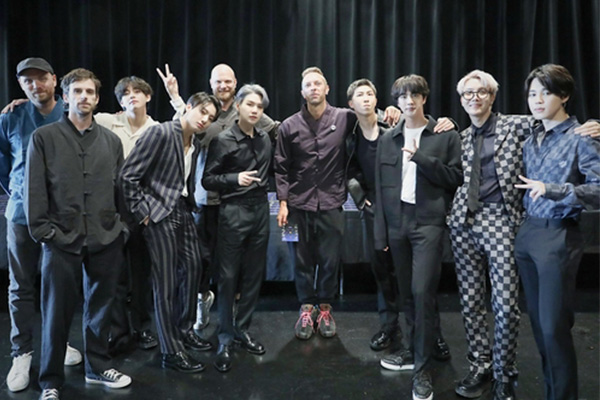 BTS have reunited with British rock band Coldplay ahead of the release of their collaboration.

The two acts posted a group photo on their SNS, showing all 11 members posing together.

The collaboration single, “My Universe” will be released on Friday, 1 p.m. The song is said to have both English and Korean lyrics and was co-written by the two acts and produced by famed Swedish producer Max Martin.