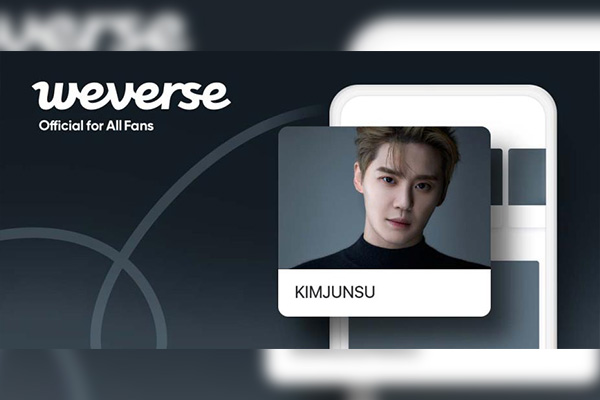 To celebrate the opening of Kim’s Weverse community, the platform will host a special event from Jan. 26 to Feb. 1. Users can participate in the event by posting the hashtag #Junsu_in_Weverse and five winners will be randomly selected to receive an autographed photo of the singer.