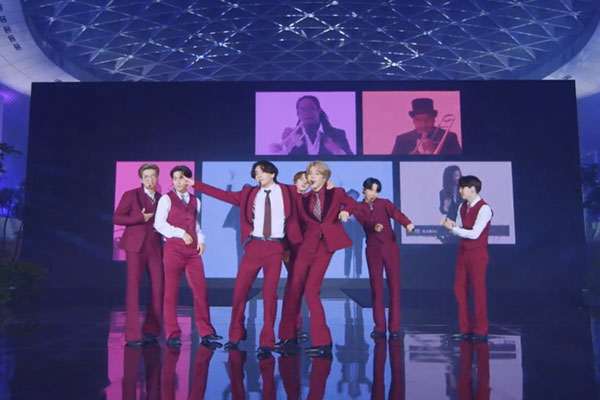 It said the song became the second Hot 100 No. 1 each for Derulo and BTS and the first for Jawsh 685.

BTS isn’t the only group having a good week in the charts. BLACKPINK, whose first full-length album fittingly titled, "The Album," debuted at No. 2 on Billboard's main album chart, also topped the Billboard Artist 100 to become the top musical act in the U.S. for the first time.

On Tuesday, Billboard said BLACKPINK surged from No. 65 to No. 1 on the chart dated October 17, thanks to the group's debut full-length album.

It is also the first time for an all-female group to top the Artist 100 since its inception in 2014.