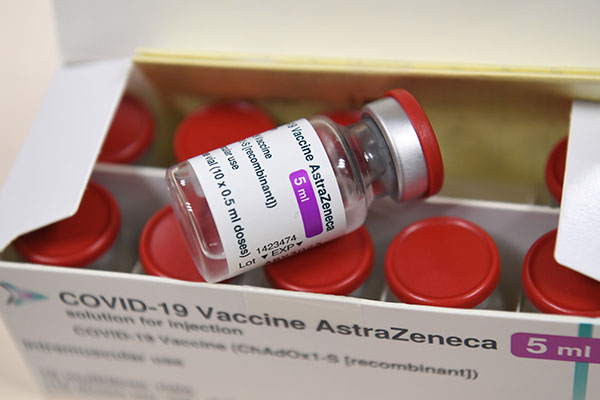 Korea conducted a second pan-government exercise to transport COVID-19 vaccines on Friday with the first vaccinations set to start next week.

An official on the vaccination task force said Thursday in a press briefing that the planned exercise involved training to transport the vaccines to islands like Jeju and Ulleung.

The official said that to prepare for bad weather, military transport aircraft were to be used instead of vessels.

The official added that in the training, vaccines produced by a local company were to be transported to a logistics facility in Gyeonggi Province and then transported to 25 community health centers.

The government held a similar training earlier this month to rehearse the delivery process from the arrival of vaccines at the airport to the delivery to inoculation centers in major cities nationwide.

South Korea will begin its inoculations next Friday with AstraZeneca vaccines which will be manufactured locally by SK Bioscience.

Prime Minister Chung Sye-kyun on Friday reassured the public that the AstraZeneca vaccines are safe, even as he recognized concerns that the government’s decision to withhold the shots from seniors for now could be growing distrust of the British-Swedish firm's shots.

In a Friday meeting, Chung stressed that the vaccine has been authorized in some 50 countries, as well as by the World Health Organization, with none reporting serious side effects.

The prime minister then explained that the decision was based on an unclear assessment of vaccine efficacy for the elderly due to their small representation in clinical trials, though further testing is underway.

Chung said as soon as those results are out, the government will consult with experts and decide whether to vaccinate the elderly with the AstraZeneca shot.