According to the ancient book entitled “Goryeosa” that recorded the history of the Goryeo Kingdom, three kinds of seasoned vegetables were among must-serve dishes for royal ancestral ritual services in the palace. In that regard, the hansik dish carries long history. Namul dishes, or seasoned vegetable dishes, developed with the heavy influence of Buddhism which forbids the consumption of meat. Locals developed various methods to consume vegetables all year around by having fresh vegetables when they were available and eating dried and stored vegetables from late fall through early spring. 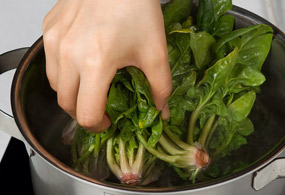 Seasoned Spinach
Wash spinach thoroughly and blanch in salt water for about 30 seconds. 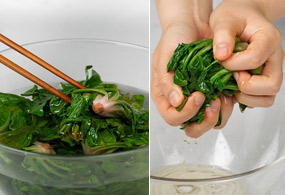 Seasoned Spinach
Cool parboiled spinach in cold water and squeeze out the water. 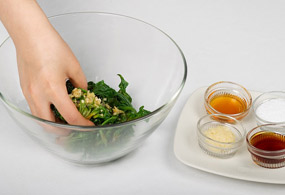 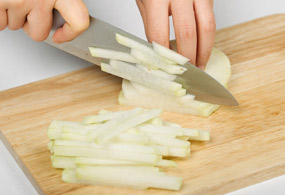 Seasoned White Radish Strips
Peel off the skin and cut into 0.3-cm-thick strips. 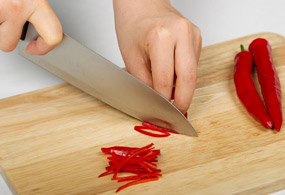 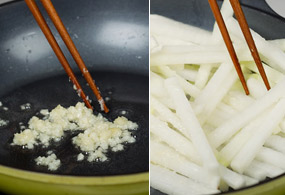 Seasoned White Radish Strips
Stir-fry minced garlic in an oiled pan over low gas to infuse the oil with the garlic aroma. Add radish strips and stir-fry for about 3 minutes while adding salt and ginger juice. 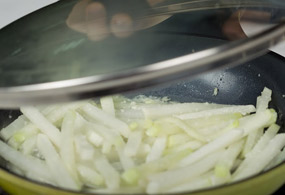 Seasoned White Radish Strips
Add 3 tablespoons of water and put on the lid. Cook thoroughly for about 7-8 minutes over low flame. 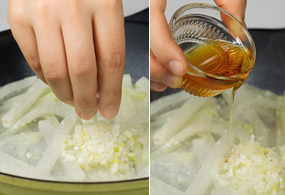 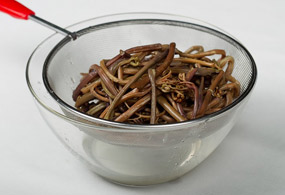 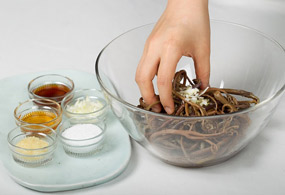 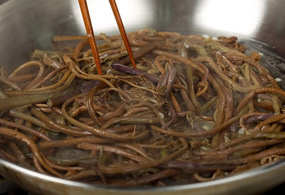 Seasoned Bracken
Stir-fry in an oiled pan over medium-high gas for about 5 minutes. 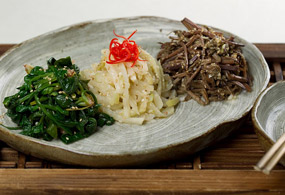 Present a small amount of each seasoned vegetable on a plate and sprinkle sesame seeds over them. Top seasoned radish strips with a red-pepper garnish.

☑ When seasoning spinach, adding a dab of oyster sauce will enhance the savory taste of the green side dish.

☑ Remember to boil spinach quickly for about 30 seconds and cool in cold water right away, otherwise the green will become mushy.

☑ Using dried-shrimp stock instead of water will enrich the flavor of seasoned radish strips. 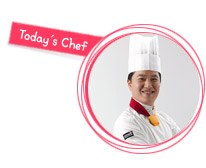