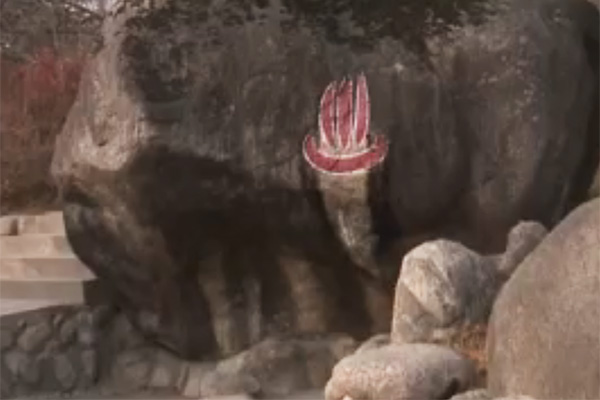 Since the weather is getting colder, many people here in South Korea are visiting Korean-style saunas known as jjimjilbangs to stay warm. The spa facilities have various sauna rooms such as a red clay cave room, oxygen bathing room, salt room and ice room. Visitors can sweat in a heated room or lie down on the warm floor to eat kiln-cooked eggs and drink cool Korean traditional rice drink known as sikhye.

In North Korea, there are bathing facilities that are similar to South Korea’s jjimjilbangs. Today, we’ll talk about saunas and hot springs in North Korea with Kang Mi-jin, a North Korean defector and reporter at the Seoul-based online newspaper, Daily NK.

Saunas are found in many places in the North, including at the Ryugyong(류경) Hotel in Pyongyang and cultural facilities called Unjongwon(은정원), meaning “the place of love and kindness given by the leader,” which are located in Pyongyang and different provinces across the nation.

Interestingly, there are saunas featuring stalactite, a type of rock formation that hangs from the ceiling of caves or hot springs. The material is believed to improve blood circulation and protect the stomach. The stalactite saunas are very popular and usually packed with people. There are sauna facilities for married couples and single people as well as large ones where some 30 people can enter. Citizens may choose to use whichever they want.

A public bathhouse appeared in the northern part of the Korean Peninsula back in 1924, a year earlier than the creation of a similar one in Seoul. Bathhouses were later built in different regions in North Korea, where it is difficult for homes to get hot water.

In the past, the most famous bath facility was the Changgwangwon Health Complex that opened to the public in 1980. Located on Chollima Street in Pyongyang, the huge bathing complex had an array of spas and showers on four floors, swimming pools on two floors and various amenities such as a barbershop, a beauty parlor, a massage room and a soft drink stand.

Now, the best bathing facility in North Korea is the Ryugyongwon Health Complex that opened in Pyongyang in 2012. There are different types of saunas inspired by natural substances such as pine trees, salt and stalactite. These days, the word “sauna” is used more commonly than “public bath.” There are two sections in North Korean saunas. One is a heated room and the other is a hot bath tub. After people get sweaty in the heated room, they enter the tub filled with hot water. It was in the 2000s when North Korean public saunas became common.

From the late-2000s, North Korea began to build cultural and entertainment facilities in many parts of the country. Those facilities are equipped with a barbershop, swimming pool, sauna, restaurants, fitness room and the like. People may use the services as long as they want. Users liked the place as they could wash away the fatigue of their days by staying there.

The government also promoted the facilities actively because it wanted them to produce profits.

In the 1990s, when North Korea suffered from an extreme economic difficulty, what citizens cared about the most was how to survive. Convenience facilities were simply unthinkable. But in the 2000s, the North Korean economy became more stable and the service industry started to develop. Leader Kim Jong-un stressed the importance of the service industry from his initial years in power. With the goal of improving public livelihood and building a civilized country, Kim expanded recreational and cultural facilities as well as restaurants nationwide. The initiative had the purpose of drawing money from the rising class of wealthy businesspeople called donju into the domestic market. Since Kim came to power in 2012, large shopping complexes have been set up, while sauna facilities improved considerably. So, how often do North Korean residents use these saunas?

Saunas have been created as cultural facilities in various parts of the country so local people can use them if they wish. But in reality, North Koreans do not go to saunas as often as people in the South. They believe that sweating too much will eliminate nutrients from the body. Generally, they use saunas three or four times a year.

Also, saunas for private baths are expensive. As far as I remember, a sauna for a married couple cost 18,000 North Korean won a few years ago, compared to 6,000 won for general saunas. Scrubbing off dead skin and sweating for 18,000 to 20,000 won is equivalent to wasting 4 to 5 kilograms of rice at once. So, even those who go to saunas as rarely as once a month are considered rich.

One-person or two-people saunas are much more expensive, so only well-to-do citizens can afford to use them. But North Koreans can choose another option, namely, hot springs.

For its citizens, North Korea built rest homes near hot springs across the country. One of the most famous hot springs is Naegok(내곡) Spring in Ryanggang Province. It was once used only by security officials but opened to the public around 2009. Other well-known hot springs include Hwangjin(황진) Spring in Myongchon(명천) County, Jongdal(종달) Spring in Hwanghae Province and Saechon(새천) Spring in Kimchaek(김책) City. Above all, Mt. Baekdu Spring located 2,750 meters above sea level is spectacular. I’ve been there before. The famous Chonji(천지) crater lake on top of the mountain is quite breathtaking, but the hot spring close to the lake is also overwhelming. I remember I was lost in admiration over the hot spring water bubbling up, with steam coming out from it.

North Korea has set up rest homes at every hot spring site. The health resorts are like treatment facilities designed to cure diseases using spring water and a clean environment. It is said that there are about 150 such facilities in the North.

The health resorts are used by high-ranking officials, laborers working in major industries or in places exposed to harmful substances, and those who have produced substantial outcomes, with the purpose of improving their health. In addition, residents with skin diseases may benefit from hot spring treatment if they receive a sick note from their doctors. Ordinary citizens can also enjoy baths in hot springs with their families during the holidays.

Since saunas and hot springs are open to the general public, more and more North Korean people are expected to use those facilities.

North Korea has carried out numerous construction projects in the 2010s. Currently, construction is underway at a tourism complex in Samjiyon(삼지연) County in Ryanggang Province and at the Wonsan-Kalma coastal tourist area on the east coast. Construction plans also include entertainment facilities, including saunas, so I guess more facilities will be built or renovated.

North Korea has allowed individuals to operate saunas since 2000. Accordingly, affluent individuals have renovated small buildings into public bathhouses to run their own saunas. The nation is also expected to spur the development of hot springs. Leader Kim Jong-un visited a hot spring resort under construction in Yangdok County as many as four times this year. The construction project is nearing completion.

North Korea is likely to continue investing in the rapidly-developing service industry, at least to revive its domestic economy.

(Next week, we’ll talk about insurance in North Korea.)