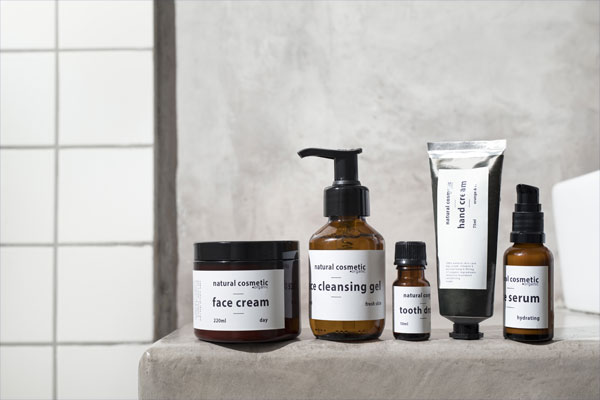 South Korea produces world-class cosmetics products, as evidenced in the term, “K-beauty.” As if to compete, North Korea has also made persistent efforts to promote its own cosmetics industry and sharpen the competitiveness of locally-made products. Today, we’ll learn about what kinds of cosmetics products are found in North Korea and how good they are. Here is Kang Mi-jin, a North Korean defector and director of North Korea Investment, to tell us about the size of the cosmetics market in the North.

According to the 2016 estimates of Hana Financial Investment, North Korea’s cosmetics market would reach 90 million US dollars in 2017 and expand to 1 billion dollars in 2030. That means the market would increase about 12 times in less than 15 years. The estimation is based on the assumption that North Korea’s per capita GDP would come to 2,700 dollars and the share of the nation’s cosmetics industry in its GDP would rise to that of South Korea. The cosmetics industry in South Korea accounts for 0.8 percent of its GDP. It is interesting to note the relationship between expenditure on cosmetics and GDP in North Korea. North Korean residents spend about 0.4 percent of GDP on cosmetics. That’s not much different from the world’s average of 0.6 percent. It seems that North Koreans are greatly interested in cosmetics and that spending on cosmetics make up a great portion of their expenditures.

North Korea began to establish its cosmetics industry pretty early by setting up a cosmetics factory in Sinuiju in 1949, one year after the foundation of the regime. Under the rule of current leader Kim Jong-un, the country has used locally-produced, natural ingredients and equipped a factory with unmanned production facilities, in line with the leader’s instruction to localize and modernize cosmetics production. The leader has actually visited local cosmetics factories several times, reflecting his keen interest in this area.

North Korea’s main cosmetics factories are located in Sinuiju, Pyongyang and Gaeseong. The factory in Pyongyang is listed as a great example of executing the leader’s instruction to modernize the industry.

During his visit to the Pyongyang factory in 2017, he expressed his satisfaction with local products. He said that various types of good-quality cosmetics have wonderful containers and packaging so the products could realize the dream of many women who wish to be beautiful. Probably influenced by the top leader’s complaints and encouragement, North Korean cosmetics have improved significantly. The leader is also said to have ordered the factory to produce better goods than Chanel and to compete with globally renowned cosmetics brands.

The best-known cosmetics brand in North Korea is “Spring Scent” manufactured by the Sinuiju Cosmetics Factory. It has such an overwhelming brand power in the domestic market that there isn’t a North Korean woman who doesn’t know it. But the concept of “competition” has emerged in the communist state, signaling a major shift from the monopolization of the market by a single, dominant brand. With the appearance of new cosmetics brands, including “Unhasu” produced by the Pyongyang factory, “Mt. Geumgang” and “Mirae,” North Korean women now have a much wider choice when selecting cosmetics.

“Spring Scent” is the most famous North Korean cosmetics brand. It is known for its main ingredient of Korean traditional ginseng. But it now competes with the “Unhasu” brand that is produced at the Pyongyang factory equipped with modern, high-tech facilities. The Pyongyang Cosmetics Factory was established in April 1962, and its products had been less known, compared to “Spring Scent.” But under the Kim Jong-un regime, the factory refurbished its facilities and built the system of multi-product, small-volume production.

Other new brands include “Mt. Geumgang” and “Mirae.” While “Spring Scent” has a soft and conservative image, “Mt. Geumgang” appeals to young women and “Mirae” is characterized by intense colors and a more luxurious image.

So, how much are beauty products in North Korea? A South Korea-made basic skincare product, or a set of toner and lotion, is traded at 180-thousand North Korean won at the private market known as jangmadang, while a similar product under the local “Unhasu” brand is 130-thousand won. The prices are exorbitantly high, considering that North Korean workers earn an average of 4,000 won a month. North Korean cosmetics are also available on JD.com, which is one of China’s largest online retailers, at 600 yuan or about 100 US dollars. North Korea has seen a considerable increase in its cosmetics exports to China year after year.

North Korean cosmetics are pretty expensive. Daily skincare product lines consisting of toners and lotions are much more expensive than colored cosmetics like mascaras and eyeliners because skincare products use natural, indigenous ingredients. A set of toner, lotion and cream under the “Spring Scent” brand is exported to China at the cost price of about 130 US dollars and its retail price is about 180 dollars.

While ordinary citizens in North Korea just can’t afford to purchase “Spring Scent” or “Unhasu,” wealthy people are eager to get them and the products are out of stock quickly at the jangmadang. It is said that North Korean women have spent considerable money on cosmetics since the 2010s. Colored cosmetics are relatively inexpensive, selling for 15 to 45 dollars.

More and more North Korean women are consuming beauty products to contribute to the development of the local cosmetics industry. During the years of former leaders, North Korea strictly regulated citizens’ makeup, hair coloring and clothes, as the reclusive country tried to block Western culture from influencing local residents. But the regulations began to be eased under the rule of Kim Jong-un, who was exposed to Western culture while studying overseas when he was younger.

Some say that his wife Ri Sol-ju has played a role in prompting North Korean women to show interest in fashion and personal care, while some others cite the global popularity of South Korea’s K-beauty trend.

In the Kim Jong-un era, North Korean women have had more opportunities to use cosmetics and learn about Western styles. In fact, there was no role for the first lady in the former Kim Jong-il era. But the current leader has made public appearances with his wife Ri Sol-ju quite often, with the role of the first lady highlighted. Ri’s stylish outfits and makeup have often been exposed to the media to encourage women to follow the fashion and beauty trends set by the first lady.

Earlier, since the 2000s, South Korean movies and TV series have flowed into North Korea to arouse public interest in K-beauty. For example, many North Korean women groomed their eyebrows in a style shown in South Korean films. South Korean cosmetics products are so popular that they are sold at very expensive prices as soon as they enter the jangmadang. Even products that are past their expiration dates can fetch high prices.

While the cosmetics industry is growing fast in North Korea, the quality of local products is still far lower than that of cosmetics produced in South Korea and advanced countries. For instance, paraffin substances are added as preservative in some cosmetics, and some lids of cosmetic containers do not seal properly. Sometimes, users find cosmetic spray pump products that do not work.

South Korea is leading the global cosmetics market, while North Korea’s cosmetics industry is developing rapidly. Inter-Korean cooperation in this area, if realized, will generate the synergy effect and enable the two sides to produce high-quality products in collaboration.