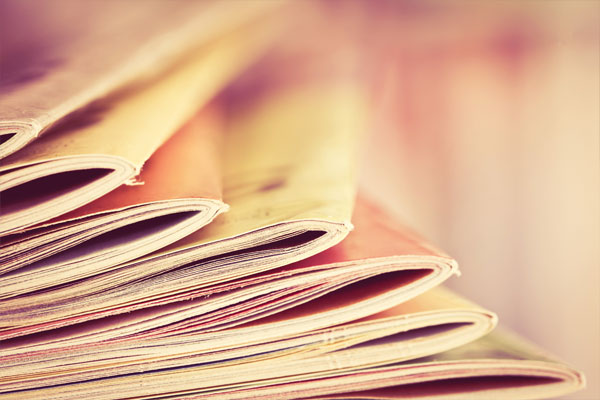 According to the Global Expression Report 2021 released by a human rights group called Article 19, North Korea received zero points out of one hundred, in terms of freedom of expression. It is the lowest out of some 160 countries. Article 19 examines 25 indicators including freedom of media, Internet censorship and suppression of journalists in the countries to calculate scores. Based on the scores, it places the countries into one of five different categories. North Korea has remained in the lowest category of “in crisis” since 2010. We can’t help but wonder about freedom of press such as publications and broadcasting in North Korea.

In North Korea, publications refer to all printed products, such as newspapers, magazines, books and even maps. The socialist state maintains the one-man leadership system centered on the top leader, and it is important to instill the same ideas into the people. One of the major functions of North Korean publications is to promote one single ideology and bring people together with that ideology.

Article 3 of North Korea’s Publication Law defines publications as various types of newspapers, magazines, books and maps. In the North, publications are considered an important means of connecting the party with the people, and the status of publishers is relatively high.

In North Korea, publishing houses belong to the party or organizations. They are responsible for publications in their respective areas of expertise, such as ideological cultivation, science and technology and overseas promotion.

The most well-known publisher in North Korea is the Workers’ Party of Korea Publishing House. It is tasked with creating, printing and distributing publications needed to promote the party’s activities. It also publishes writings about the top leader.

Newspapers are one of the most important publications in North Korea. Most papers are official organs published by the Workers’ Party, the Cabinet or social organizations. They are used as a means of propaganda and agitation, rather than delivering information or criticizing society. Their main job is to praise the nation’s top leaders—Kim Il-sung, Kim Jong-il and Kim Jong-un—and to carry articles designed to highlight political events or incite the crowd. Articles critical of the regime and stories about crimes are not found in those papers. The Workers’ Party, ministries under the Cabinet, factories and enterprises publish their own respective organs.

When thinking of North Korean newspapers, the first thing that comes to mind is probably the Rodong Sinmun. Translated as “Workers’ Newspaper,” the mouthpiece of ruling Workers’ Party explains the party’s policies and guidelines. The Minju Chosun(민주 조선), which is translated as “Democratic Korea,” is the principal newspaper of the Cabinet and the Supreme People’s Assembly. It deals with decisions of the Cabinet and laws. Another paper called Chongnyon Jonwi(청년전위) handles matters related to young people. The name is translated as “youth vanguard.” The Korean People’s Army also issues its own paper to explain military policies and the lives of soldiers.

The papers, on the whole, are rather dry, as the content is pretty much the same every day. It seems the papers constantly deliver something unchanged to the people so the public can stick to one, shared ideology.

North Korea also publishes diverse periodicals, magazines and photo books. Like other publications, their major purpose is to propagate party policies and the state ideology among the public. So it is not important whether they reflect current affairs or entertaining elements.

There aren’t many monthly magazines in North Korea. Magazines are mostly issued on a quarterly basis because paper is in short supply and there are actually few stories to be updated. A representative monthly magazine is “The Chollima” (천리마). It introduces party policies but also contains daily tips for citizens and humorous stories found in foreign countries. According to North Korean defectors, many local citizens there enjoy reading the magazine. Quarterly magazines are published under different themes such as literature, art and movies. Kim Il-sung University, which is the most prestigious school in North Korea, issues quarterly magazines in the field of law, politics, the economy and science.

There is also a magazine for women in North Korea. The Chosun Neosung, translated as Korean Women, is the organ of the North Korean Democratic Women’s League. It introduces general knowledge women should learn, their ideal clothing and policies for women.

In South Korea, citizens purchase books they want to read. Some become bestsellers through word of mouth. In North Korea, in contrast, books are written and published in accordance with principles that have already been established. Books are distributed, in general, rather than being sold. Therefore, I’d say there are very few, if any, bestsellers chosen by readers in North Korea. When the authorities conclude that a certain book faithfully follows principles and party policies, they distribute the book to more institutions and groups. So, books in wide circulation do exist in North Korea. Writers who wrote good books and those who enjoy popularity among the public are given titles such as “people’s hero” and “hard work hero.”

Authors with these titles are given preferential treatment.

Article 67 of North Korea’s Constitution stipulates that citizens are guaranteed freedom of speech, of the press, of assembly, demonstration and association. In practice, however, it is impossible to run a publishing business privately. Moreover, it is said that North Korean publications are all censored and instructed by the Publication Guidance General Bureau of the Workers’ Party.

In the strictly-controlled North Korean society, it is very difficult for individuals to engage in any private business, including publishing. Publications are issued by various institutions, but it doesn’t mean that those institutions can reflect their own thought and opinions in their publications. The Publication Guidance General Bureau handles the entire publication process from planning to printing, controls every detail and orders correction, if necessary. It is simply unthinkable for an individual to do a publishing business. Basically, all publications in North Korea are guided and instructed by the Workers’ Party and the state.

Reports say that electronic books are spreading in North Korea as well. Technological development is important, of course. But it seems that North Korea’s publishing culture, characterized by examination and censorship, should change first.