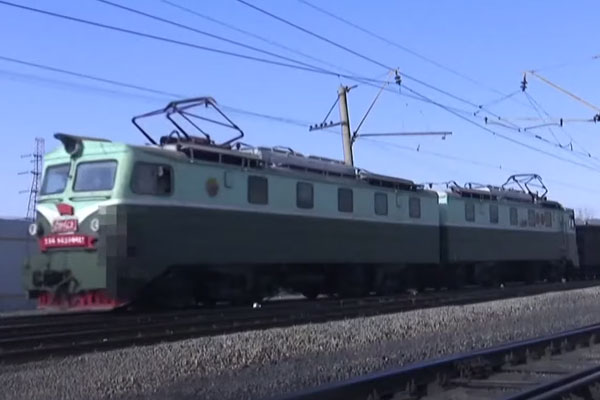 During the inter-Korean summit between South Korean President Moon Jae-in and North Korean leader Kim Jong-un on April 27, 2018, Kim told Moon that if Moon visits North Korea, he might face inconvenience due to the country’s inadequate traffic. It seems the North Korean leader indirectly mentioned the reality of North Korea’s traffic network. At the Pyongyang Joint Declaration signed by the two leaders in September that year, South and North Korea promised to reconnect and renovate cross-border railways and roads. Unfortunately, the two sides failed to implement the plan amid the icy bilateral relations.

In North Korea, the railroad is one of the four most important elements of the economy, along with coal, metal and electricity. Former leader Kim Il-sung described the railroad operation as the blood vessels of the country and said that the smooth operation of railways would guarantee industrial and agricultural development. In general, railways are considered one of the modes of transportation; just like roads, air service and shipping. In the North, railways have a special and high status, as railways and roads are defined as the noble gains of the revolution achieved through adversity.

Transportation in North Korea mainly depends on railways. Road, river and maritime transports play a subsidiary role as they are simply connected with rail transport. According to South Korea’s Statistics Korea, the total length of rail lines in North Korea was 5,300 kilometers in 2019. Railways in the North account for 90 percent of cargo transport and 60 percent of passenger transport. It’s no exaggeration to say that the country’s transportation policy refers to the railway policy.

Railways are North Korea’s vital modes of transportation as they are operated regularly and are both safe and economical. They also transport things relatively quickly and don’t cost much. North Korean data show that the cost of rail transport is only 34 percent and 53 percent of road and maritime transport, respectively. In the North, electric locomotives typically transport 1,300 tons of cargo at a time, 1.3 times more than maritime transport. Also, freight trains cover an average distance of 160 kilometers, 15 times more than that of vehicles and 1.7 times more than that of coastal vessels.

It is said that former leader Kim Il-sung was deeply interested in the railroad connection with South Korea due to economic reasons.

Kim Il-sung died on July 8, 1994. Eight days before his death, he met with the chairman of the Central Committee of the Workers Party of Belgium in Pyongyang. During the meeting, he said that North Korea could earn money as long as it connects cross-border railroads with South Korea. For example, if North Korea receives Chinese goods in the border city of Sinuiju and delivers them to Seoul via the western Gyeongui(경의) rail line, it could earn 400 million dollars a year. In the same way, the renovation of the eastern Donghae(동해) line would allow North Korea to bring in 1 billion dollars a year by transporting goods to South Korea from China or Russia. That is, North Korea could easily earn 1.3 to 1.5 billion dollars each year. That’s what Kim Il-sung said. He was well aware that North Korean railroads were important for domestic transportation, of course, and they would also prove hugely profitable if they provide international service.

South and North Korea actually discussed the reconnection of cross-border railways that have been severed since the Korean War. In December 2007, the two sides conducted a joint inspection of the North Korean section between Gaeseong and Sinuiju on the Gyeongui line, with a South Korean train traveling on North Korean tracks. 11 years later, in 2018, leaders of the two Koreas signed the Panmunjom Declaration, in which they agreed to re-link and modernize railways and roads on the western and eastern coasts on a priority basis for their active use. In line with the agreement, they jointly inspected the western Gyeongui line and the eastern Donghae line. The result showed that North Korean railroads were in very poor conditions.

After the joint field inspection of a combined length of 1,200 kilometers of the two rail lines in North Korea, South Korea wrote a report, which was introduced in a local newspaper. The title of the article was “A bridge from the third year of King Sunjong’s(순종’s) reign still remains.” Apparently, an old bridge that was built more than 100 years ago is still used in North Korea. It is said that the train for the joint inspection crossed the bridge very slowly.

North Korea’s rail network consists of the western line, the eastern line, the northern line and the east-west connection line. It has 10 major railways and 90 branch lines. They include the Pyongui line that connects Pyongyang with Sinuiju, the Pyongbu line between Pyongyang and Gaeseong, the Gangwon line between Gowon and Pyonggang and the Mt. Geumgang Youth line between Wonsan and Gamho. North Korean railways are also connected with those of China and Russia for international service.

North Korea joined the Organization for Cooperation of Railways back in 1956, when there were 28 members. Over the last six decades, North Korea has accumulated expertise in passenger and cargo transport using the international rail network.

It is said that few trains, if any, operate on a fixed schedule in North Korea, due to the prolonged electricity shortage and insufficient, outdated trains in the country. International rail service should be operated punctually, as it is a promise that should be kept between countries. Therefore, North Korea is said to have prepared for some supplementary measures to let the trains run on time.

Trains run very slowly on the domestic sections in North Korea. Once they cross the border into China or Russia, they can run at a normal speed because electricity supply is smooth there and the overall railway infrastructure, such as railroad ties and the signaling system, is in good condition.

The power shortage in North Korea is the major problem. If electricity is cut off all of a sudden, the running trains have to stop. For international rail service, any disruption in North Korean rail sections will cause damage to other countries. To remedy the problem, North Korea employs supplementary measures like using diesel locomotives.