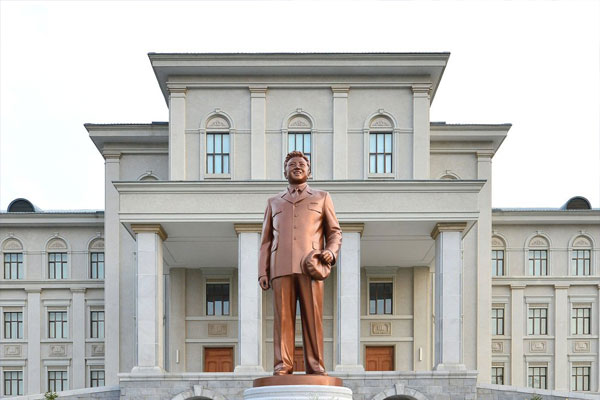 South Korea held the state examination for college entrance, known as the College Scholastic Ability Test, on Thursday. It is easy to imagine that test-takers and their family members felt extremely nervous about the highly important exam.

Perhaps, those who prepare for a similar exam in North Korea may feel the same way. In the North, entering university is directly related to one’s job stability and future life. It comes as little surprise that parents are trying hard to send their children to prestigious universities.

According to a report by an international organization, about 26 percent of North Korean students graduating from secondary schools go on to university. The percentage is only one-third of that of South Korea, where a majority of high school graduates go to university upon graduation. More than half of secondary school or high school graduates in the North first serve in the military or work for a few years before getting a recommendation from the military or their workplace for college admission.

In the North, graduating from a prestigious university is essential for those who want to find stable, decent jobs or those who wish to hold higher positions and become successful.

North Korea revised the Higher Education Law in 2015. Under the revision, previous two-or three-year specialized schools and universities with four- to six-year courses were unified as “universities” or “colleges.” At present, higher education in North Korea is divided into universities or comprehensive institutions of higher education, professional universities, vocational colleges and factory colleges.

Universities are all-inclusive higher education institutions, while professional universities provide education on specific academic subjects or industries. For example, Pyongyang University of Architecture has departments about architecture and construction. The professional universities account for the majority of institutes of higher education. Those universities nurture specialists in particular fields, while vocational colleges typically offer three- or four-year courses to train intermediate-level workers. Also, factories, farms and fisheries provide education courses, which are called factory colleges, farm colleges and fisheries colleges. Those who attend these colleges can study while working. Their academic degrees are recognized in the same way as those of general universities.

In South Korea, most high school graduates take the college entrance exam and choose what they want to study in college. That’s not the case in North Korea, where many high school graduates join the military first. Military service is required for both men and women, although women are exempt from military duty in many cases. In principle, all men are conscripted, except draftees who fail the meet certain physical requirements, like being too short, and gifted students.

In other words, graduates from general high schools in North Korea have to enlist in the military first, and only gifted students and graduates from foreign language institutes may go on to a university. Even so, they are not allowed to apply for a university they want.

North Korea’s university entrance test is administered in two phases- the preliminary exam and the main exam. Basically, test-takers should get good scores to be admitted to any university. But there are more things to be considered, other than scores.

In consideration of the result of the preliminary exam and other factors, the authorities set a certain quota on college admission for each high school. Even if a student wants to study natural sciences in college, he can’t go to a relevant college if the authorities did not allocate any number of would-be natural science college students for his high school. If the school recommends Kim Chaek University of Technology instead, in line with the prearranged quota, the student should take the main test at the university. Therefore, North Korean students have only limited options when gaining admission to the university of their choice.

Other than the result of the preliminary exam, parents’ social status is also taken into consideration. When it comes to admission to Kim Il-sung University, in particular, test-takers’ family background is very important. There is an average of two to three applicants for each recommendation. In South Korea, if students fail to enter university, they may give it another try the following year. But North Korean students are not allowed to do so. If they fail, they must join the military or get jobs. Three or four years later, they have an opportunity to go to college, as the authorities also set a quota on college admission for the military and workplaces. So, they may study in college after serving in the military or working, although they can’t choose the university they want to go.

Speaking of subjects for the college entrance exam, South Korean students are supposed to take all or some of the tests in study areas such as Korean history, the Korean language, English, mathematics, social studies and science. Their North Korean counterparts, on the other hand, are required to take exams in revolutionary history, in addition to the Korean language, science and more.

The preliminary exam in North Korea covers the Korean language, English, math, physics, chemistry and physical strength. And it also includes revolutionary history of Kim Il-sung and Kim Jong-il, which North Korean students learn from elementary school. Questions of the main exam are given by each university.

Interestingly, the tests can be conducted remotely, in line with the development of remote learning based on the computer network in North Korea. The computer-based tests are believed to reduce corruption or irregularities, such as bribes, to ensure a fair exam process. Some schools, mostly central universities, have switched to remote testing since 2017, so students can take the main test administered by the universities without having to go there.

In principle, private learning institutes do not exist in North Korea, where public institutions are in charge of all forms of education. However, the private education market has been formed unofficially in the country for those who prepare for college entrance or people who hope to learn foreign languages or computers.

Private tutoring is not allowed in North Korea. People face a fine or punishment if they are caught engaging in private education. However, private tutoring is said to be booming in big cities, where wealthy people live.

Private education is actually the result of economic difficulties. During the harsh period of economic contraction in North Korea, teachers and professors found it hard to make a living, compared to others who earned money through market activities. They would teach a small group of children and receive something, including rice, in return. Even after the situation improved, they continued with private tutoring, collecting tuition fees. Some teachers changed their job to a private tutor. It is said that a growing number of students receive private tutoring for college entrance, computers, English, art, music and physical fitness.

After going through the highly selective process, how do North Korean students find their life in college? Next time, we’ll learn about a campus life and the college system in North Korea.