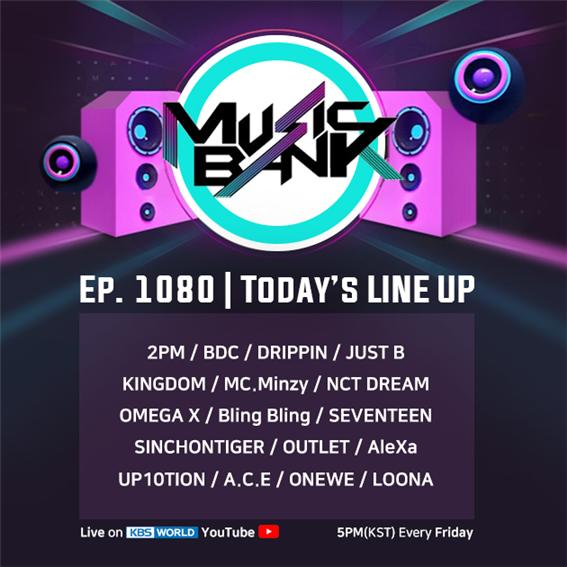 First of all, 2PM is coming back after five years with < 해야 해 (Make it) > which is a title track from their 7th Full Album < MUST >. 2PM, who enjoyed tremendous popularity in 2000s-2010s, had to take a long 'gap year' for all of the members to perform their military duties. Meanwhile, < 우리집 (My House) > – one of 2PM’s songs from six years ago – went viral on YouTube for their matured performance that is differentiated from young K-Pop stars these days. In particular, a lot of people were captivated by Junho's fancam, making them long for 2PM's comeback with a new album.

NCT DREAM is also coming back with a repackage of their 1st Album. The title track is called < Hello Future > and it is a Hip-Hop dance music with synthesizer sound and trap rhythm. The repackage is highly anticipated, as NCT DREAM has achieved great results, with sales of 2 million albums in their previous promotion with < 맛 (Hot Sauce) >.

Last but not least, LOONA is back with < PTT (Paint The Town)> which is a Bollywood style Hip-Hop dance music and they explain the song as their "most powerful" track ever. As LOONA has always told special messages and stories through their music, this time, they intend to tell the world that they will "paint the town" with their own colors, self-establishing themselves without being caught in taboos.