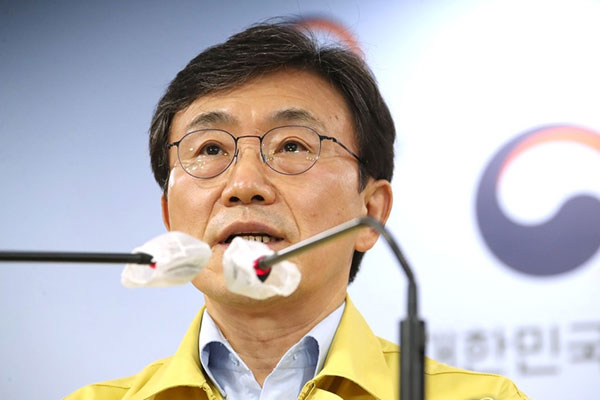 Warning the country looks to be entering a fourth wave of infections, the government has decided to extend current social distancing measures for three more weeks, while leaving room for further tightening as changes arise.

South Korean quarantine authorities say that the nation is fast approaching a fourth wave of the COVID-19 outbreak.

"Over the last seven days, the average daily number of infections stands at 555, showing early signs of the start of a fourth wave of infections. The reproduction rate has exceeded one, indicating a growing infection trend. Patient numbers are rising both in and outside of the Seoul metro area."

After peaking at over one-thousand daily cases in December and again in January, daily coronavirus infection numbers dropped into the 400s and then gradually the 300s. However, cases spiked yet again in late March, climbing above 500 and hitting the 700s in less than two weeks.

Quarantine officials are not ruling out the possibility that daily infection numbers could double in a week or two.

The government announced on Friday that it will extend strengthened social distancing measures for another three weeks, including the ban on gatherings of five or more people, while shutting down high risk bars and clubs in Seoul and Busan.

"The fight against COVID-19 cannot be won by the government alone and we are in desperate need of your participation. We ask the public to have a sense of urgency and again tighten quarantine efforts."

The health minister is urging residents of Seoul and its surrounding areas to refrain from outings and meeting people.