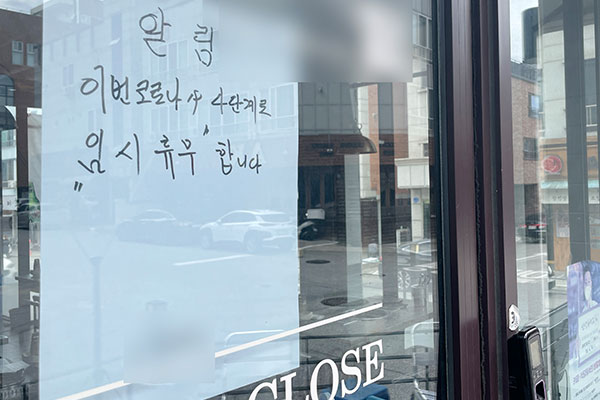 Seoul, nearby Gyeonggi Province and Incheon are under Level Four in the four-tier scheme until July 25.

Public events and demonstrations are banned in the capital area, while up to 49 people consisting of only immediate family members and relatives are allowed to attend weddings and funerals.

Nighttime entertainment facilities, including clubs and bars, must shut down for the two-week period, while restaurants and coffee shops will be allowed to operate until 10 p.m.

Sport games cannot host spectators, while accommodations are allowed a capacity of two-thirds and banned from hosting any parties and events.