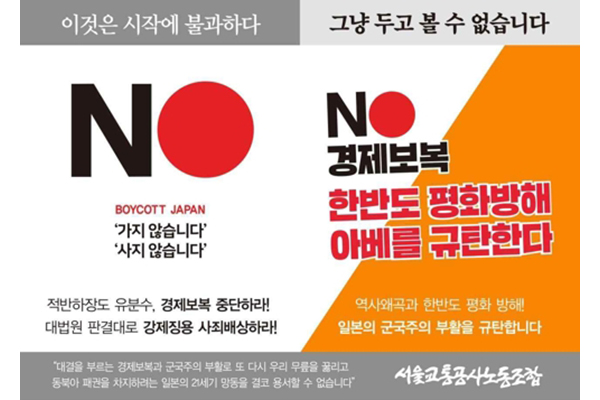 The labor union for Seoul Metro said that 20-thousand stickers will be attached on the inside of subway train doors on metro lines one through eight, starting on Friday.

The union added the sticker campaign is a message from Korea's subway workers who are enraged by Japan's economic retaliation and the Abe administration's attempt to sabotage peace on the Korean Peninsula.

The union said it is joining similar efforts taking place in all corners of Korean society in regards to Japan.

Permission is required from Seoul Metro to put up any postings inside trains, but the union's action has yet to obtain approval.

A union official said that if the company requests for the stickers to be removed, the union will explain the cause and seek understanding.
Share
Print
List