Louvre Uses Hanji in Restoration Work for the First Time 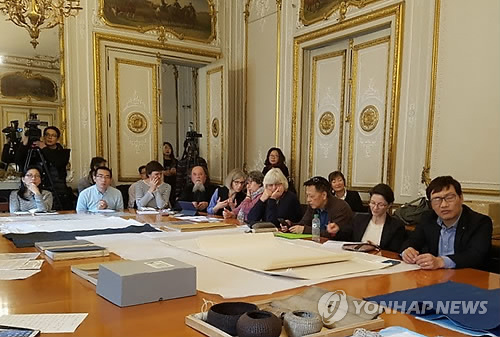 The traditional Korean paper known as "hanji" has been used for the first time during a restoration work at the Louvre Museum in Paris.

The French museum recently completed restoring a handle ornament from a desk that belonged to the 19th century king of Bavaria Maximilian the Second, and Korean hanji paper was used in the process.

Ariane de la Chapelle, the head of the restoration team at the Louvre, said that team members were very satisfied with the outcome of the work and now know that hanji has superb durability.

The museum even hosted a conference inviting experts of the Korean paper which is made from the inner bark of paper mulberry, a tree native to Korea.

The experts shed light on the hanji making process which involves more than 100 stages.