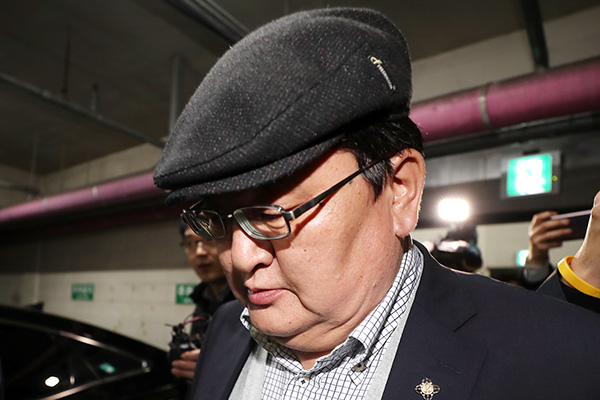 The chief justice of Mongolia's Constitutional Court says he cannot remember if he groped a South Korean flight attendant en route to Incheon, citing his ingestion of alcohol.

According to South Korean police on Thursday, judge Dorj Odbayar made the claim during a second round of questioning in South Korea the previous day.

Odbayar drank at the airport in Mongolia before boarding a Korean Air flight to Incheon on October 31. He is facing allegations that he groped a flight attendant's buttocks during the flight.

The head judge said that he might have done so due to alcohol if the victim is making such claims, but maintained an ambiguous stance on the incident.

Odbayar had previously denied all allegations during the first round of questioning on November 1, saying he was mistaken for another Mongolian on the flight who engaged in the sexual harassment.

Police also asked Interpol to issue a wanted notice for a colleague of the judge who allegedly harassed another cabin crew member. He was originally handed over to South Korean police with Odbayer but claimed diplomatic immunity and left the country without undergoing questioning.
Share
Print
List