US House Committee Chief: Allies Cannot Afford to Fight with Each Other 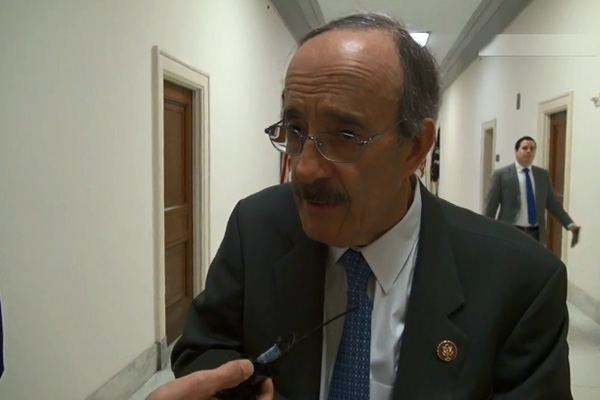 The chair of the U.S. House Foreign Affairs Committee said on Thursday that South Korea and Japan are both allies of the United States and that they cannot afford to fight with each other.

Eliot Engel made the remarks ahead of a meeting with floor leaders of South Korean political parties, who are visiting the U.S. to deliver Seoul's concerns about U.S. demands for a sharp increase in defense cost contributions.

Regarding the imminent expiration of a military intelligence sharing agreement between South Korea and Japan, Engel told reporters that the U.S. is happy when its allies get along and do not fight, adding that he wants to do anything he can to help resolve disputes.

The committee head also said that he always supports cooperation among U.S. allies and that the allies cannot afford to fight with each other, citing the presence of enemies such as China and North Korea.

In addition, Eliot said that he considers the South Korea-U.S. alliance important, stressing that the two sides should do things that further strengthen their partnership rather than worsening their differences.
Share
Print
List