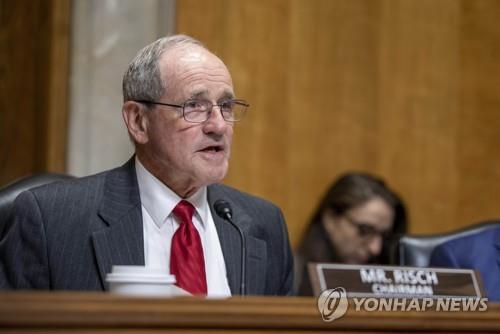 The U.S. Senate has unanimously adopted a resolution calling for the renewal of the General Security of Military Information Agreement(GSOMIA) between South Korea and Japan.

The resolution was introduced Wednesday by Senate Foreign Relations Committee Chair Jim Risch and three others and was passed unusually quickly at a plenary session the following day.

Risch said GSOMIA is crucial to U.S. national security and to peace and stability in the Indo-Pacific region.

The resolution states that suspending the pact will directly harm U.S. national security at a time when Pyongyang is engaging in an increased level of provocations, including 12 tests of over 20 ballistic missiles this year that involved new types of nuclear-capable land and sea-launched ballistic missiles.

In August, South Korea decided not to renew the three-year-old pact following the imposition of export curbs against it by Japan. The agreement is set to expire at the end of Friday at midnight.

South Korea has said it will reconsider the decision if the export curbs are rescinded.
Share
Print
List