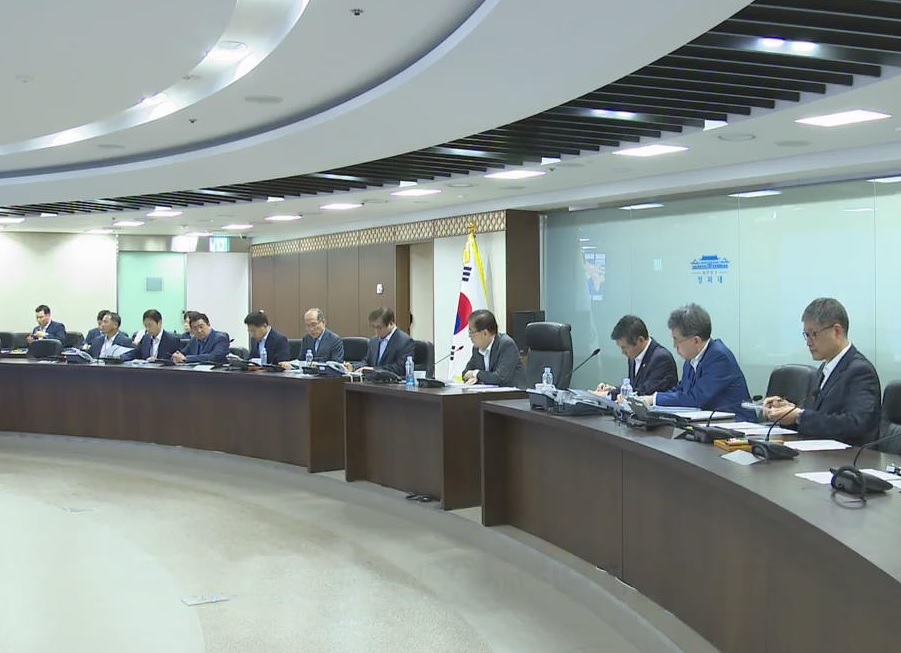 Anchor: Following the imposition of retaliatory Japanese trade restrictions on South Korea, Seoul announced in August that it would pull out of the General Security of Military Information Agreement(GSOMIA), a bilateral intel-sharing pact, it has shared with Japan for three years. Ahead of the expiration of the pact Friday at midnight, Seoul and Tokyo are discussing the issue in a final effort to save the deal.
Kim Bum-soo has more.

Report: The governments of South Korea and Japan are making last-ditch efforts on Friday to prevent the cancellation of a military intelligence sharing pact between the two countries.

A presidential office official said Friday that last-minute consultations on the General Security of Military Information Agreement or GSOMIA, which is set to expire at midnight, are taking place between the two sides.

The official likened the ongoing efforts to "walking on thin ice."

The official added that President Moon Jae-in wants to expend all available resources to prevent the expiration of the pact until the very last moment.

The two sides are said to be exploring the possibility of pushing back the expiration date of GSOMIA and creating a grace period during which Seoul and Tokyo can work to find a longer term solution.

Meanwhile, South Korean foreign and defense ministers, as well as key security officials, are attending a National Security Council(NSC) session to reach a final decision on the issue on this Friday afternoon.

Over in Tokyo, Japan's top government spokesperson Yoshihide Suga held a news conference Friday and explained that Tokyo will not scrap its export curbs on South Korea, the imposition of which this past July triggered Seoul's decision to pull out of GSOMIA.

Seoul has called on Tokyo to rescind the export curbs before it reconsiders its GSOMIA decision.

Signed in 2016, the pact has served as a platform for U.S.-led trilateral security cooperation with South Korea and Japan.

If and when GSOMIA expires, Seoul and Tokyo are expected to rely on the existing Trilateral Information Sharing Arrangement, or TISA, under which the U.S. functions as an intermediary for intelligence exchanges between its two Northeast Asian allies.
Kim Bum-soo, KBS World Radio News.
Share
Print
List