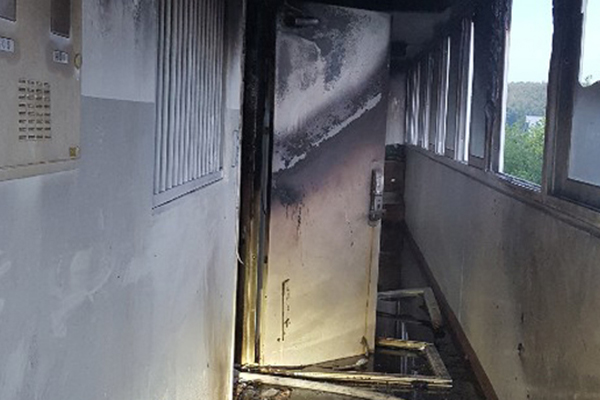 A South Korean court has handed down a death sentence to a schizophrenic man who killed five people and injured 17 others in an arson and murder case in the southern part of the country early this year.

The Changwon District Court in South Gyeongsang Province on Wednesday sentenced Ahn In-deuk to death after a nine-member civil jury participating in the criminal trial unanimously agreed that he was guilty. Eight of the jurors concluded that he deserved the death penalty while one other person called for life imprisonment.

The court said that although Ahn’s failure to get proper treatment for his mental condition contributed to the tragic incident, it cannot relieve his responsibility for the heinous crimes. The court noted his meticulous premeditation and the suffering he inflicted on the victims and their bereaved family members.

The court also cited no risk of misjudgment, a lack of repentance on the suspect’s part and the high likelihood that he could commit similar crimes again to justify the ruling.

The court said it hoped that the decision would not trigger prejudice and hatred toward mentally-ill people and instead lead to institutional revisions for the treatment of mental illnesses.

In April, the 42-year-old Ahn set fire to his home on the fourth floor of an apartment in Jinju, South Gyeongsang Province and wielded knives at residents who were evacuating from the fire.
Share
Print
List