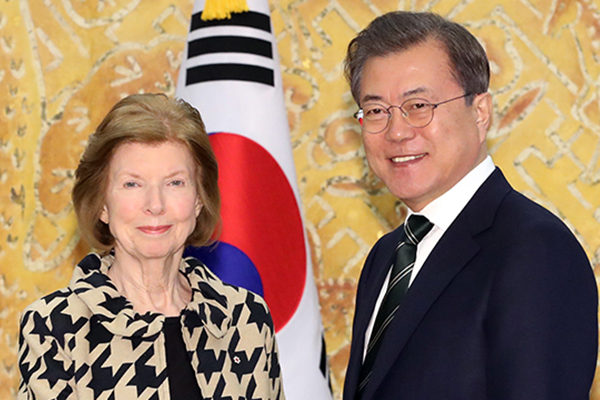 President Moon Jae-in has promised to up efforts in his anti-corruption drive.

Meeting with Huguette Labelle, the Chair of the International Anti-Corruption Conference Council at the presidential office on Wednesday, President Moon said South Koreans want to live in a fair and clean society and stressed that his administration is an outcome of that aspiration.

According to the Corruption Perceptions Index published by Transparency International, South Korea’s ranking rose for the third consecutive year from 51st in 2017 to 45th in 2018 and to 39th last year.

President Moon said South Korea is still lagging behind its potential and needs to work harder, adding his government will try to reach its goal of making the country among the 20 least corrupt countries by 2022.