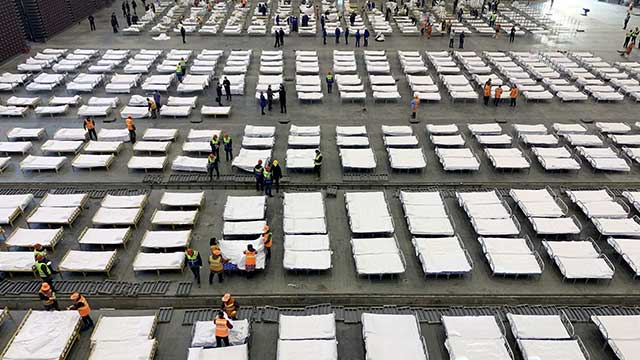 China says its death toll from the outbreak of the novel coronavirus surpassed 630 as of Thursday night, in spite of the country's all-out efforts to contain the spread of the virus.

According to China's National Health Commission, as of 12 a.m. Friday, the overall death toll for the country soared to 636, with 31-thousand-116 confirmed cases.

The number of deaths and confirmed cases across the nation increased by 73 and three-thousand-143, respectively, in a day.

It is the first time over 70 people died of the respiratory disease in one day for two straight days since the Chinese agency began compiling related data on January 20th.

Of the latest figures, 69 deaths were reported in Hubei province, where ground zero for the coronavirus, Wuhan, is located.
Share
Print
List