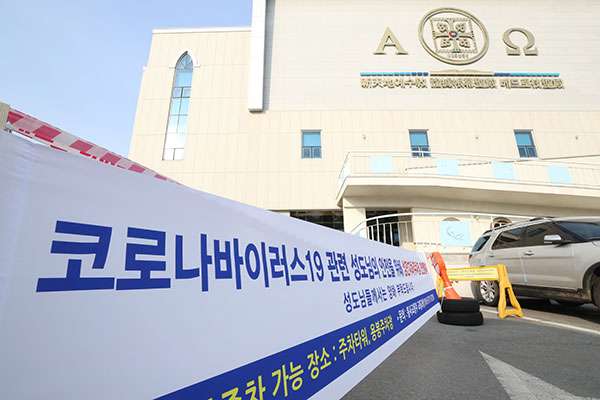 The Seoul Metropolitan Government began an inspection of the corporate office of the Shincheonji Church of Jesus, amid accusations the sect is behind the explosion of COVID-19 cases in Daegu and North Gyeongsang Province.

Officials from the city government and the Dongjak District Office launched an audit on Monday into the religious nonprofit corporation's operations and assets, based on related civil law and regulations.

The capital city earlier revealed its plan to revoke permission granted to the Shincheonji corporation on the grounds of harming public interests, and that a hearing would be held Friday to discuss its closure.

The sect was deemed to have delayed submission of its member list, submitted a false list, refused to cooperate with investigations carried out by authorities and continued group activities.

If and when its permission is revoked, Shincheonji's corporate body will face restrictions on promoting its activities to recruit new members and no longer receive various state tax benefits.
Share
Print
List