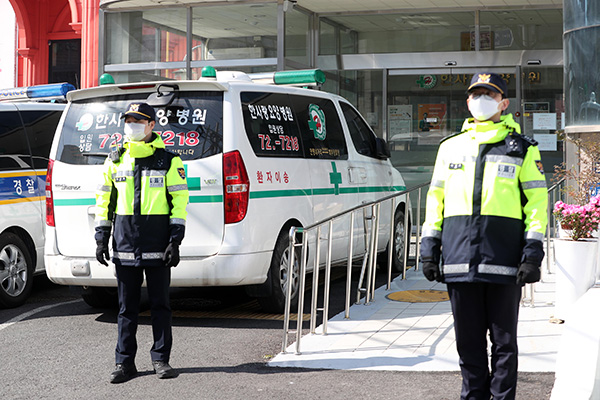 A nursing home in Daegu has emerged as another cluster of COVID-19 infections with more than 70 patients and employees testing positive for the contagious disease.

According to the municipal government of the southeastern city on Wednesday, at least 74 people, including 57 patients and 17 staff, at Hansarang long-term care facility have been diagnosed with the virus since Tuesday afternoon.

The discovery was made after local authorities launched inspections into over 390 nursing homes and social welfare centers within the city. As about a third of the facilities were known to have completed the survey, four other geriatric hospitals in the region also reported 13 additional cases so far.

A city government official said countermeasures were being drafted for the nursing home in question, while the government attempts to establish how the virus was spread there.
Share
Print
List