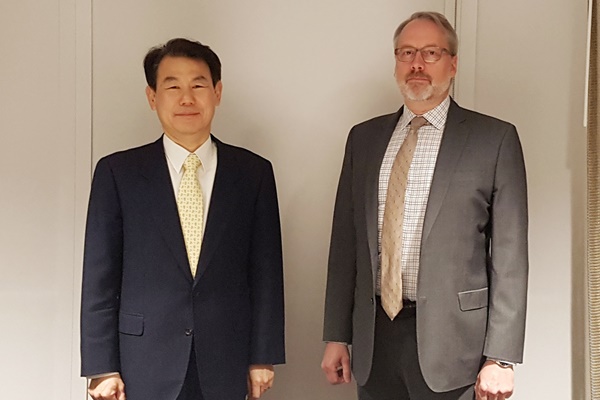 South Korea and the United States are said to have tentatively reached an agreement on how to share the costs of maintaining American troops on the Korean Peninsula.

The two sides have reportedly completed negotiations, and the final decision is expected to come as early as Wednesday.

The allies had failed to narrow differences on a new Special Measures Agreement(SMA) that stipulates how much Seoul would pay for the upkeep of the 28-thousand-strong US forces in the previous seven rounds of negotiations.

A Foreign Ministry official in Seoul said that the SMA talks saw a breakthrough over the weekend after President Moon Jae-in and U.S. President Donald Trump had a phone call last week over the COVID-19 pandemic.

The official said that the leaders appeared to have shared the need for the allies to cooperate in difficult times.

The U.S., which had demanded a hefty increase in Seoul's financial contribution, has reportedly agreed on an amount at a reasonable level.

In addition, the two sides are said to have extended the period of validity of the SMA to five years from one year.
Share
Print
List