Turnout for Wednesday's General Elections Highest in 28 Yrs at 66.2% 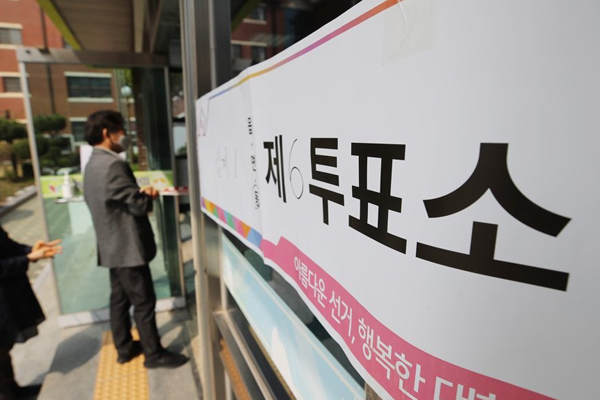 The voter turnout for South Korea’s general elections on Wednesday has been estimated to be the highest in 28 years at over 66 percent, despite the COVID-19 pandemic.

The National Election Commission(NEC) said that over 29-point-13 million out of a total of around 43-point-99 million eligible voters, or 66-point-two percent, cast ballots.

The latest figure is eight-point-two percentage points higher than that of the previous general elections and the highest since the 1992 elections, when 71-point-nine percent of eligible voters cast ballots.

It is also the first time in 16 years the turnout surpassed 60 percent.

Ulsan eked out the highest voter turnout among the 17 provinces and major cities at 68-point-six percent, followed by Sejong City at 68-point-five percent.

South Chungcheong Province was at the bottom with 62-point-four percent, while 68-point-one percent of the voters in the capital Seoul exercised their right to vote.

Last week’s early voting, which produced a record high turnout of 26-point-69 percent, was incorporated into the prospective rate, along with overseas voting and absentee voting.

Around 13-thousand people who voted after 6 p.m. while in precautionary self-quarantine against the coronavirus were also factored into the tally.
Share
Print
List