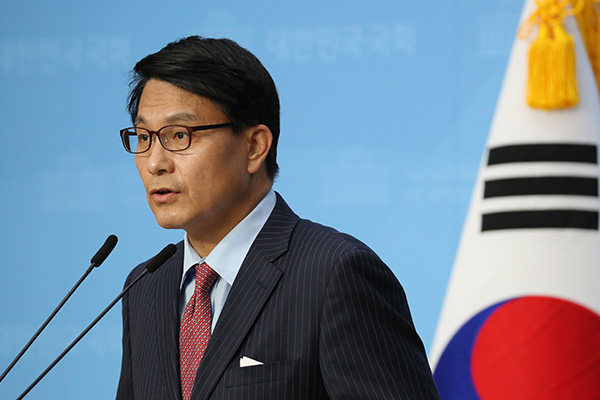 Yoon told reporters Tuesday that some sources familiar with North Korean affairs say Kim received ankle surgery while others believe he is self-isolating on Myohyang Mountain in relation to COVID-19.

The lawmaker cited another source who alleged the regime leader underwent a cardiovascular surgical procedure but is not critically ill.

Regarding the reliability of these claims, Yoon explained they are not government sources but people well-versed in North Korea issues.

He said he personally believes there have been unusual signs that gave cause to speculations about Kim's health.

Yoon went on to mention Kim's absence at key events, including a North Korean parliament meeting on April 12 and a visit to the Kumsusan Memorial Palace on April 15 to mark his late grandfather's birthday.