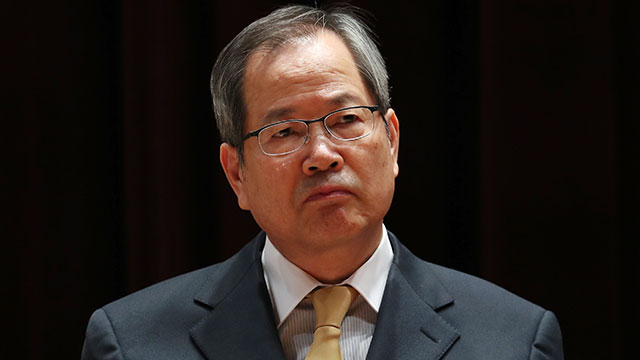 Chun Yung-woo, a top aide to former President Lee Myung-bak from 2010 to 2013, issued the criticism during an interview with Japan's Yomiuri Shimbun daily.

The Korean Council for Justice and Remembrance for the Issues of Military Sexual Slavery by Japan is at the center of a mounting scandal over alleged misuses of funds by its head Yoon Mi-hyang, a lawmaker-elect.

In the interview published on Sunday, Chun revealed that he had contacted the civic group to discuss the issue of Japan's wartime sexual slavery while he was serving as Lee's national security adviser.

Chun said that the group was an organization seeking its own interests rather than those of the elderly victims.

The former vice foreign minister said that Japan's then deputy chief cabinet secretary Tsuyoshi Saito visited Seoul in 2012 to propose a plan to deliver government-funded compensation and an apology letter from Japan's prime minister to each of the victims.

Chun said that he explained the proposal to about six elderly victims at the presidential office and they appeared to accept it.

He said that Yoon, however, looked embarrassed when he explained the proposal and he assumed that Yoon might have considered the resolution of the long-standing issue as a "death sentence" to her role.
Share
Print
List