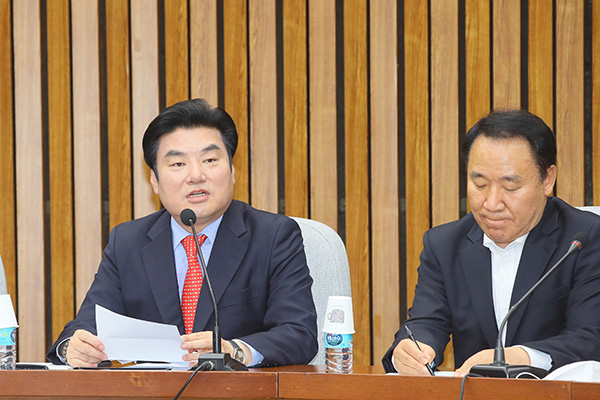 The United Future Party's(UFP) satellite Future Korea Party has decided to merge with the main opposition.

This marks the end of all satellite parties that were formed ahead of the April general elections. The ruling Democratic Party and its satellite party also recently sealed a merger.

In a statement Tuesday, Future Korea Party lawmakers and lawmakers-elect said they decided to unite with the UFP, their "brother party," to fulfill the promises they made to the people.

They said voters held up a "sharp cane" against the opposition block in the elections, and in response they vowed to change everything until that cane gives way to warm encouragement.

The lawmakers also vowed to boldly discard old practices and conduct politics in a way that would wipe away the public's tears and console their sorrows.
Share
Print
List