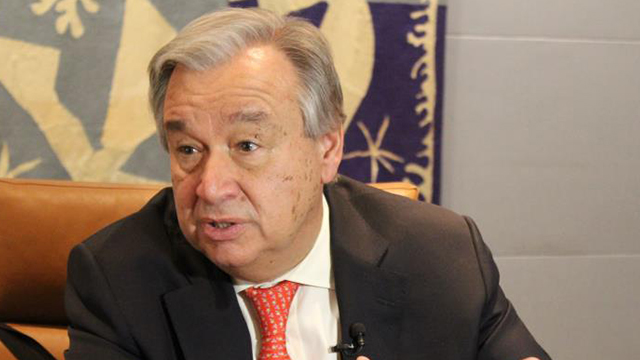 UN Secretary-General Antonio Guterres has expressed hope for a resumption in inter-Korean dialogue.

U.S.-based Radio Free Asia(RFA) said on Thursday that the UN chief gave the response when asked to comment on North Korea's warning that it could scrap an inter-Korean military agreement unless South Korea stops defectors from sending anti-Pyongyang leaflets across the border.

Guterres reportedly said he has repeatedly supported the reopening of dialogue channels between the two Koreas and that he welcomes and supports constructive measures by the concerned parties.

He said it was absurd for the South Korean Unification Ministry to hastily issue a statement and express intent to address the issue when North Korea does not respect the Seoul government.
Share
Print
List