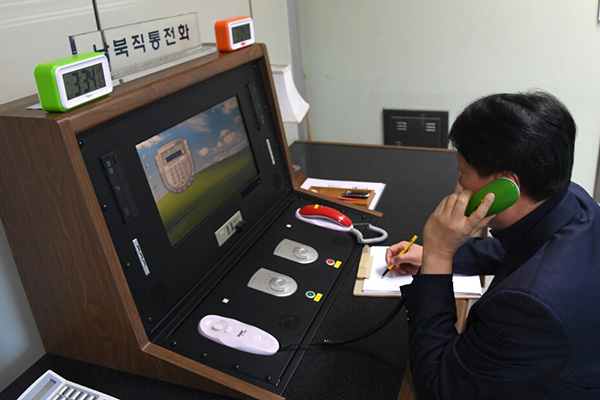 As North Korea declared it would sever all inter-Korean channels in protest of anti-Pyongyang leaflet campaigns in the South, the regime has ignored calls via several bilateral communication lines since earlier in the day.

It remains to be seen, however, whether the country intends to maintain the hotline with the South Korean state spy agency.

The North's state-run Korean Central News Agency(KCNA) said that starting at noon Tuesday, Pyongyang would cut lines between the South's presidential office and its ruling Workers' Party,  as well as the liaison office and military hotlines.

Earlier on Tuesday, Pyongyang didn't answer calls from Seoul made at the liaison office and military hotlines.

The North, however, didn't mention the line between the South's National Intelligence Service(NIS) and its United Front Department(UFD) in charge of inter-Korean affairs. It has been a major line of communication under the Moon Jae-in administration.

Established following the first inter-Korean summit in 2000, the line was severed during the conservative governments of Lee Myung-bak and Park Geun-hye.