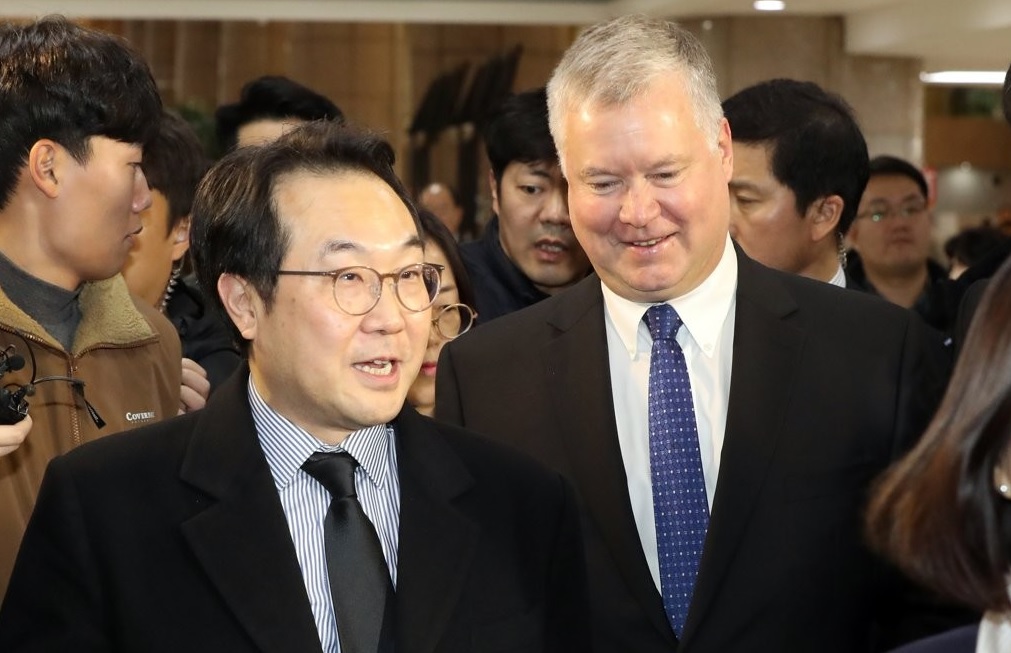 The top nuclear envoys of South Korea and the United States reportedly met in Washington on Thursday to discuss ways to prevent further escalation of tensions on the Korean Peninsula.

According to a diplomatic source, Special Representative for Korean Peninsula Peace and Security Affairs Lee Do-hoon met with Deputy Secretary of State Stephen Biegun, who is also in charge of Washington's negotiations with North Korea, at an undisclosed location earlier in the day.

Their meeting came as tensions are running high on the Korean Peninsula after North Korea blew up an inter-Korean liaison office and threatened to redeploy troops to border areas to protest propaganda leaflet campaigns by North Korean defectors in the South.

In the meeting, Lee and Biegun are believed to have shared their assessments of North Korea's intentions for the recent provocations. The two sides are also thought to have discussed future responses and bilateral cooperation on North Korea issues.