Asiana Airlines to Resume Flights to Nanjing on Sunday 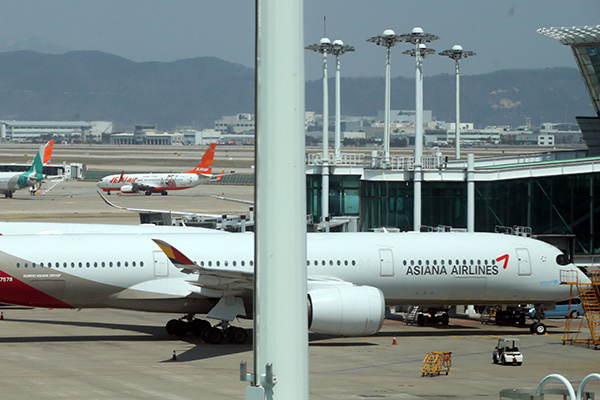 This marks the first resumption of a flight route between the two countries that was suspended following Beijing's quarantine measures to stem the spread of the pandemic.

Asiana said it obtained approval on Monday and has begun taking reservations from Tuesday. The weekly flight from Incheon to Nanjing will depart at 12:20 p.m. Sunday, with the return flight leaving Nanjing at 2:50 p.m. the same day.

South Korea's Transport Ministry and its Chinese counterpart have recently agreed to increase the number of flights between the two countries. Korean Air and other domestic airlines are also contacting Chinese authorities to add more flights.
Share
Print
List