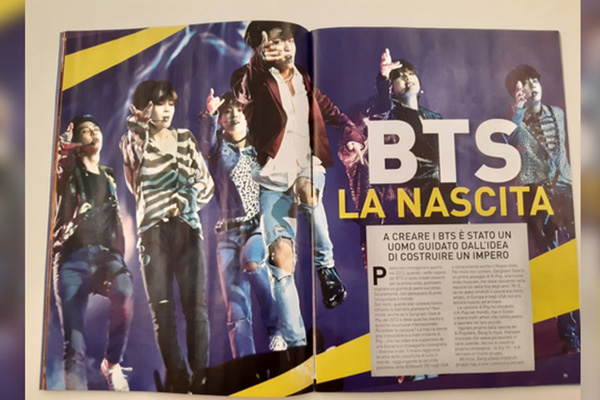 A magazine dedicated to K-pop boy band BTS has been launched in Italy.

Italian publisher Sprea S.p.A said on Monday that it published the bimonthly magazine, BTS, last month, with the full-color launch edition consisting of some 80 pages of photos and articles on the group.

It is rare that a magazine dedicated to a South Korean singer or band is launched abroad, and the Italian magazine marks the first such case among leading European nations.

A representative at Sprea told Yonhap News that BTS has achieved great success in Italy and the number of fans in Italy is estimated in the tens of thousands.

Founded in 1993, Sprea has some 50 titles with a reported circulation of 18 million, covering a range of topics from music, science to travel.
Share
Print
List