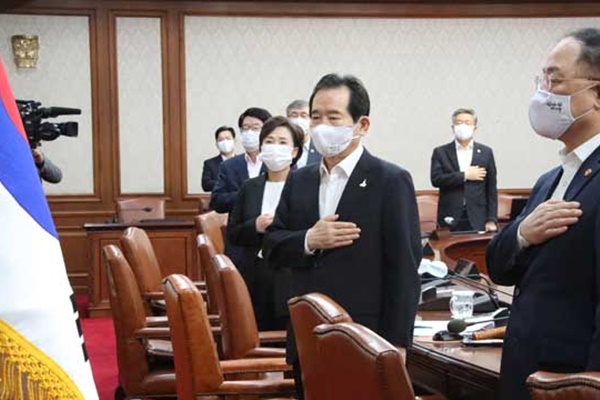 Anchor: New housing bills have passed through the National Assembly and the Cabinet, this time aimed at handing more protection to tenants amid skyrocketing lease prices especially in the Seoul metro area. Effective on this Friday, 'jeonse' renters will be guaranteed a two-year extension to their lease, with price increases capped at five percent. But some are concerned this may have the unintended effect of incentivizing homeowners to raise their 'jeonse' rate to begin with.
Kim Bum-soo explains the changes.

Report: Unique to South Korea's home rental market, the widely popular long-term leasing option of 'jeonse' is based on a lump-sum refundable deposit in place of monthly rental fees.

Prices of jeonse apartments in Seoul has been on the rise for 57 consecutive weeks, according to the Korea Appraisal Board on Friday.

This comes as the government has gone all out to curtail rising home prices with strict mortgage loan regulations and punitive taxes, pushing would-be buyers to seek rental homes instead.

The pair of controversial housing lease protection laws are viewed as a last-minute fix in the government's desperate fight to stabilize the housing market and save the president's wobbly approval ratings.

The new laws guarantee a two-year renewal for 'jeonse' tenants unless the homeowner decides to move into the property.

It also prohibits homeowners from raising the lump-sum 'jeonse' deposit by more than five percent after the first two-year term is up.

The revisions were enacted at the Cabinet meeting Friday presided by Prime Minister Chung Sye-kyun after the National Assembly in an unusually swift deliberation approved the laws in just four days following the bills' submission to the legislative committee.

[Sound bite: Prime Minister Chung Sye-kyun (Korean/English translation)]
"As 38 percent of our citizens live in monthly or jeonse homes, we expect the law will stabilize the lives of our citizens, But if this law is delayed, there could be instabilities in the [housing] market as excessive rental hikes could be imposed. Today's unscheduled Cabinet meeting is convened to promptly implement the Housing Lease Protection Act and minimize confusion."

As the ruling party with the super majority approved the laws, opposition lawmakers argued the rights of homeowners should be respected and warned against distorting market principles.

Some critics have warned the new rental rules will come with the side effect of incentivizing homeowners to dramatically raise their 'jeonse' deposit when they find new tenants.

[Sound bite: Prof. Yang Jun-sok - Economics, Catholic Univ. of Korea]
"The fundamental problem is that many people want to live in Seoul – to take advantage of the variety and number of jobs, developed infrastructure, and high quality services not available elsewhere. There is an economy of scope in living in a major city. However, there is not enough housing units for all the people who want to live in Seoul. And the emphasis on curbing speculation is restricting supply, which in the long-term is worsening the problem. Since it is almost impossible to duplicate Seoul in a small country like Korea, and since people want to live within convenient zones inside the city at reasonable prices, the only solution is to build more housing units."

Prices of apartments in Seoul have jumped a whopping 52 percent over President Moon Jae-in's term so far, according to the Citizens' Coalition for Economic Justice. His housing minister though says that number is closer to eleven percent.
Kim Bum-soo, KBS World Radio News.
Share
Print
List