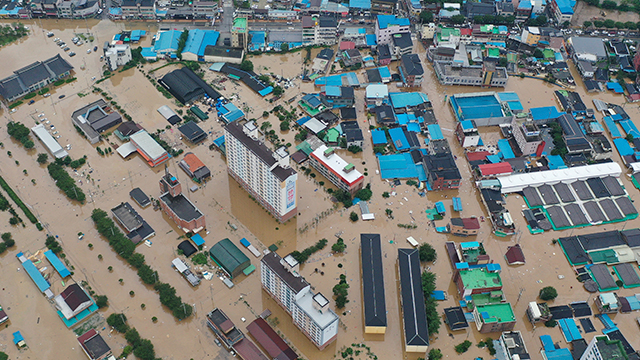 At least 30 people died and 12 went missing this month as torrential rains triggered floods and landslides across the nation.

The Central Disaster and Safety Countermeasure Headquarters said that as of 10:30 a.m. Sunday, 30 people died, 12 went missing and eight were injured due to heavy rains since August 1.

The agency said that nearly six thousand people in eleven cities and provinces have been displaced, adding that more than 46-hundred of them remain at temporary shelters following warnings of disasters.

Torrential rains that wreaked havoc in the southern regions over the weekend displaced over 37-hundred people in North Jeolla and South Gyeongsang Provinces.

About 95-hundred cases of damages to public and private facilities were reported, with some 93-hundred hectares of farmland flooded.

Heavy rains also led to the suspension of train services on six routes and blocked 116 roads and expressways across the nation. About 20 local flights were cancelled at the regional Gwangju airport on Saturday after the runway flooded.
Share
Print
List