KMA: Heavy Rain of Up to 300mm Forecast for Central Region until Saturday 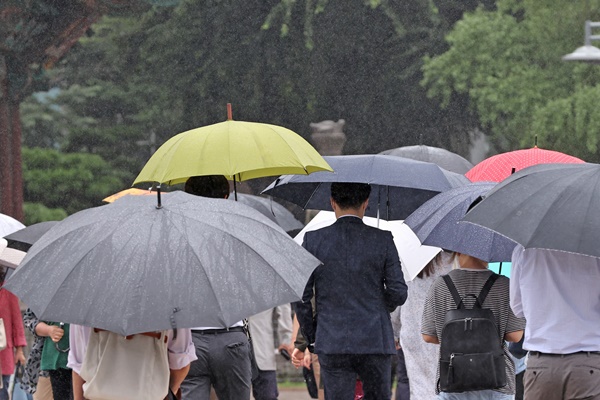 Monsoon rain accompanied by thunder and lightning is in the forecast Friday through Saturday for South Korea's central regions.

The Korea Meteorological Administration(KMA) said the downpours will start in northern Gyeonggi Province and northwestern Gangwon Province before expanding to Seoul, the rest of Gyeonggi and Gangwon, and the northern Chungcheong region.

Precipitation of up to 200 millimeters is in the forecast for Seoul, Gyeonggi, western Gangwon and northern Chungcheong until Saturday, with some regions expecting more than 300 millimeters of rain.

Up to 80 millimeters of rain is expected for eastern Gangwon and southern Chungcheong.

Heat wave advisories have been issued for areas along the east coast in Gangwon Province and southern regions, with daytime temperatures forecast to exceed 35 degrees Celsius on Saturday.
Share
Print
List