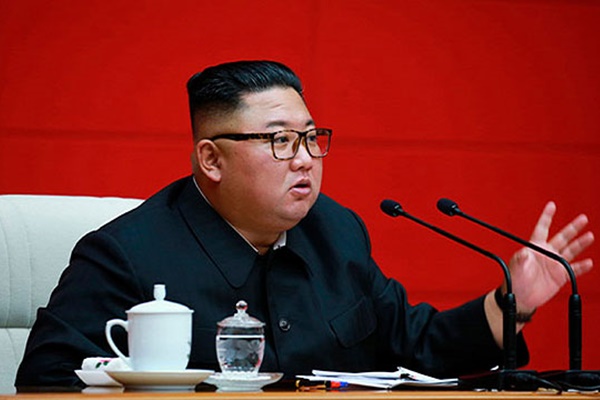 North Korea will reportedly hold a rare congress of the ruling Workers' Party in January and unveil a new five-year economic development plan.

The North's state media Korean Central News Agency(KCNA) reported on Thursday that the party's Central Committee held a plenary meeting on Wednesday and decided to convene the Eighth Congress in January.

Presiding over the party meeting, North Korean leader Kim Jong-un said that the Eighth Congress would review this year's work and the work of the party's Central Committee.

Kim said the congress will also present a new five-year plan for national economic development including next year's orientation of work.

He said that the planned congress will comprehensively analyze deviations and shortcomings in the implementation of the decisions made at the country's previous party congress.

The plenary meeting reportedly noted that the country's current economic development plan has fallen far short of its objectives as it failed to improve the lives of people in the face of tough internal and external circumstances.

The current five-year plan was unveiled during the Seventh Congress held in May 2016, the first such meeting held since Kim took office as head of state.

Coming on the heels of the U.S. presidential election, next year's meeting could also address the North's U.S. and South Korea policies.
Share
Print
List