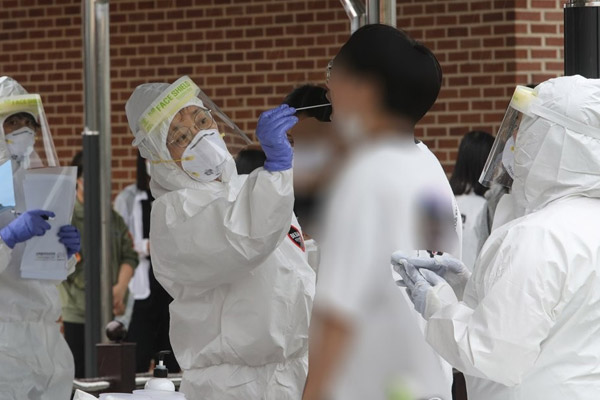 The daily number of new COVID-19 cases in South Korea remained below 100 for the third consecutive day, showing signs of a slowdown in new cases.

The Korea Disease Control and Prevention Agency(KDCA) said on Tuesday that 61 new cases were reported throughout the previous day, raising the total to 23-thousand-106.

Of the latest new cases, 51 were local infections while ten were imported.

The daily number, which soared to 441 in late August, has steadily dropped, falling below 100 for the first time in 38 days on Sunday. However, risks remain high with sporadic clusters at schools and medical institutions and the ratio of untraceable cases still in the upper-20-percent range.

Out of the 51 local cases, 36 came from the capital region, including 20 in Seoul, 14 in Gyeonggi Province and two in Incheon. It is the second consecutive day that metro area cases remained below 50 and the fifth under 100.