Pompeo to Visit Right After Chuseok 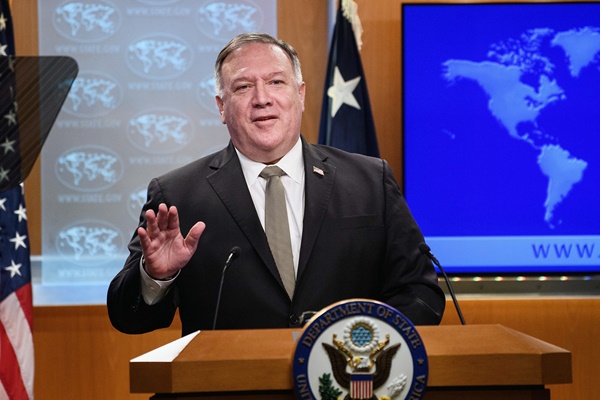 Anchor: KBS has confirmed that U.S. Secretary of State Mike Pompeo will likely visit South Korea early next month right after the Chuseok thanksgiving holiday.
The visit is drawing much attention as it comes just a month prior to the U.S. presidential election.
Park Jong-hong has this report.

Multiple government sources told KBS that Seoul and Washington are preparing for Pompeo’s trip and that he will probably arrive in South Korea on October 7 for a two-day visit.

Despite the short stay, Pompeo will likely pay a courtesy call on President Moon Jae-in in what will be his first trip to South Korea since October 2018.

The trip comes as U.S. President Donald Trump is nearing the end of his term and ahead of the presidential election.

Some speculate that Pompeo will deliver a message from Washington.

In particular, his visit appears to be aimed in part at seeking support from South Korea amid growing tensions between the U.S. and China.

Pompeo is not likely to meet with North Korean officials during the trip.