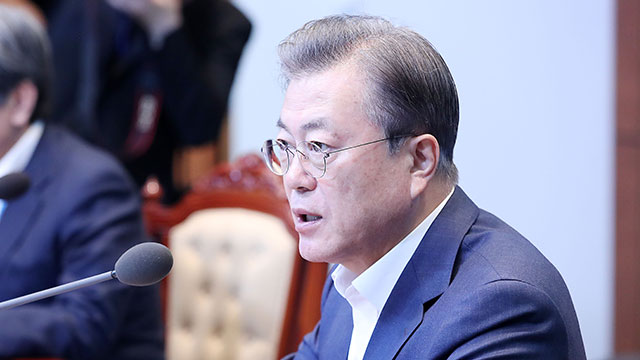 President Moon Jae-in says the shooting death of a South Korean official by North Korea is "shocking" and “very regrettable” and cannot be tolerated for any reason.

According to presidential spokesperson Kang Min-seok, Moon expressed the opinion when he was briefed on the matter on Thursday by Presidential Chief of Staff Noh Young-min and National Security Office Director Suh Hoon.

Earlier in the day, the top office’s National Security Council held a meeting to discuss the incident.

The spokesperson said Moon urged the North Korean authorities to respond and take countermeasures in a responsible manner.

He also instructed the South Korean military to strengthen its readiness and be fully prepared to safeguard the lives and safety of the public.

According to the South Korean military, the official, who was affiliated with the Ministry of Oceans and Fisheries, was discovered in North Korean waters on Monday, and was shot dead the next day by North Korean soldiers onboard a patrol boat.

The official’s death was revealed a day after Moon sought the United Nations’ support for a former declaration to end the Korean War in a fresh bid to rekindle the stalled talks between the two Koreas and between the U.S. and the North.
Share
Print
List