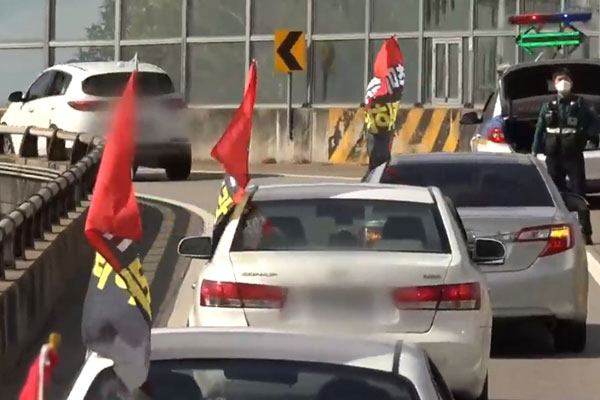 A local court has reportedly permitted a drive-through rally set for Saturday, but placed strict quarantine rules on it.

According to the legal community on Thursday, the Seoul Administrative Court accepted a request by a conservative civic group to suspend a police ban on its planned rally on National Foundation Day.

The civic group, however, is required to satisfy nine conditions presented by the court.

Firstly, it has to present a list of rally participants in advance to police. The rally will be permitted only after the police confirm each person on the list.

The number of vehicles participating in the drive-through rally will be limited to nine, with only one person allowed in each vehicle. Offline gatherings before and after the rally will be disallowed.

In addition, drivers cannot open their windows or leave their vehicles during the rally unless it is an emergency.

The rally is scheduled to start at 2 p.m. and participants must disperse by 4 p.m. even if they fail to reach their destination.
Share
Print
List