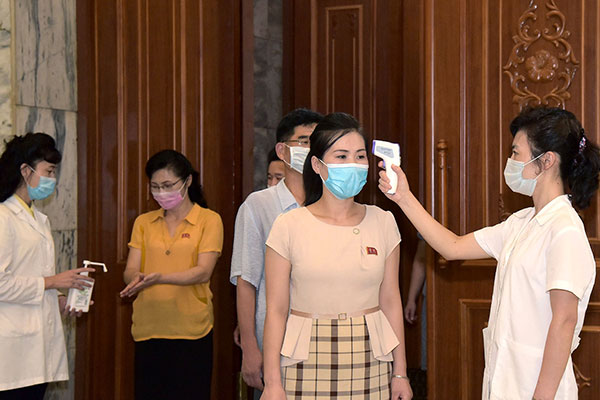 The U.S. Department of Agriculture projects that COVID-19 will affect North Korea's economy even a decade from now, reducing per capita gross domestic product by one-point-nine percent in 2030.

In its food security assessment report, the department estimated North Korea's per capita GDP in the year 2030 at around 618 dollars, which is nearly two percent down from the existing outlook that did not consider the impact of COVID-19.

The North's per capita GDP for this year is forecast to be 561 dollars, also zero-point-eight percent lower due to the pandemic.

According to the report, North Korea's population will grow three-point-eight percent over the next ten years from 26 million this year to 27 million in 2030.

A sharp plunge in trade with China, its biggest trading partner, is believed to be a big blow to the North's economy as the regime has been primarily focused on COVID-19 quarantine.
Share
Print
List