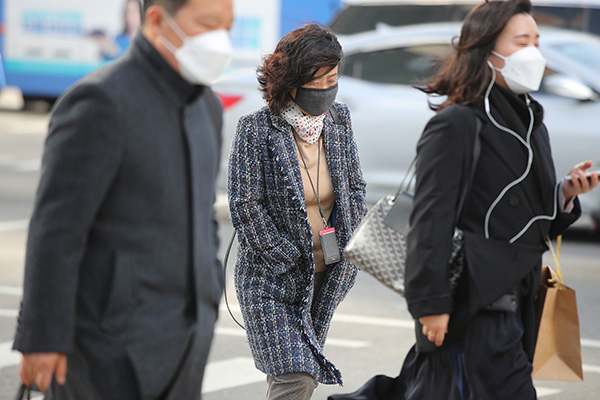 The season’s first ice has been reported on Mount Seorak’s Jungcheong Peak in Gangwon Province as morning temperatures fell sharply.

According to the Gangwon Regional Meteorological Administration, the mercury fell to minus one-point-seven degrees Celsius on the mountain Monday morning.

It's the first time the temperature fell below zero during the fall season this year.